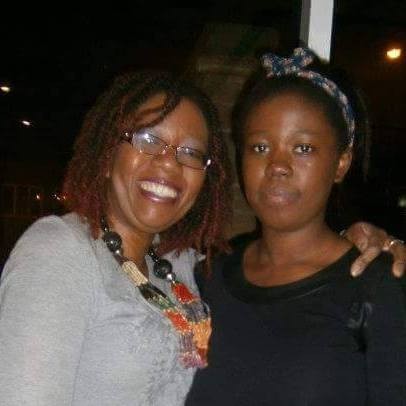 Turning tragedy into a triumphant celebration of life is how Carol Stewart wishes to remember the year 2015 when the sudden passing of her daughter Safiya Mae Stewart from an epilepsy attack could have thrown her into a spiral of despair. Instead Carol is upholding the memory of her beloved daughter by initiating an award in Safiya-Mae’s name at the Young Black Achievers’ Awards on 6th November at the Britannia Theatre in Medway.

It is the tenth year for such awards in celebration of Black History Month. It is also a poignant reminder for Carol, the founder of the awards and Chair of the Medway African and Caribbean Association, of how much Safiya -Mae would have been involved in all organisational aspects of the event. “She was my little helper, my friend, and daughter, everything rolled onto one” says Carol. “I was fortunate to have been her Mum. She has left such a legacy.”

Indeed the young Safiya Mae was quite an achiever and packed more into her eighteen years of life than many do in twice the number of years. In fact it was Safiya-Mae who was in the inspiration for the YPU awards, when she got together with a group of young people living in Medway to form the Young People’s United Group to celebrate diversity and counter the growing incidents of racism and negativity in the area. In the beginning Safiya-Mae helped to stage talent shows in which she also participated as a keen dancer. One of the group’s greatest achievements was winning a community fund to put on a show that brought the likes of Wolfgang (dancer for, Little Mix, Rita Ora) to perform and celebrate the talent of the young people. 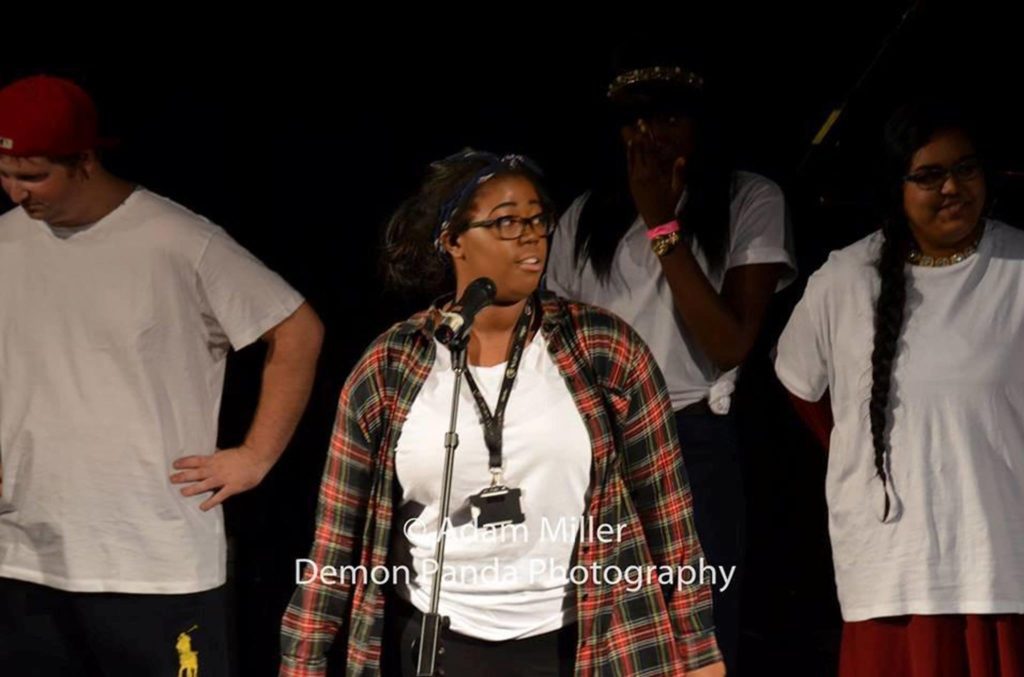 Professionally Saifiya-Mae was a gifted chef and studied Catering and Hospitality at MidKent College. She harboured dreams to one day own her own restaurant called ‘Noir Maison. “She never let epilepsy define who she was,” recalls Carol. “She had drive and ambition and was prepared to work hard for what she wanted.”

The same could be said for Carol. Looking at her endless list of credits and titles one easily recognises the same drive and determination to get things done. Apart from being the Chair of the Medway African and Caribbean Association (MACA), Carol runs her own events management and PR Company called Chinara Enterprises while working four days a week as a training consultant. She is also a qualified Social Worker and squeezes in mentoring and coaching to the young people.

“I’m inspired by what I do. I want to spread positive messages. I don’t do it for the recognition but for others to get recognition for what they do.” 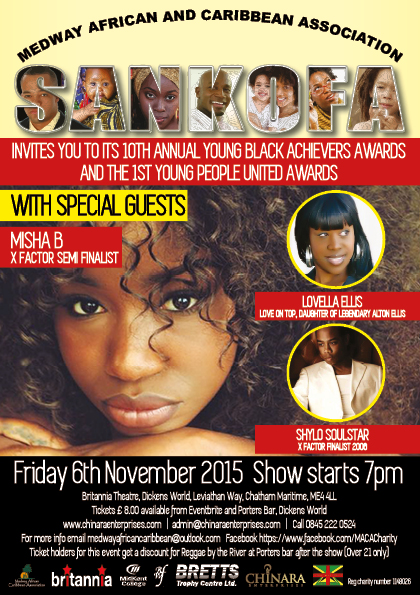 Since launching the Young People’s Awards, many previous winners have gone on to achieve amazing things in their lives. Young people like Dale who has just learnt he has won a tender to provide catering services to the royal household at Windsor Castle. Others overcame obstacles like a young man, who has produced an award winning film about his experiences of being an inmate. Who knows what the list of nominees in 2015 will go on to achieve but watch this space to get breaking news of all winners.

As chair of MACA, Carol has come up with an ambitious project working in tandem with the Historical Chatham Dockyard to organise a ‘Live History’ project documenting the lives of African and Caribbean people living in Medway and Kent. It will form part of the ‘Command of the Oceans’ project scheduled for next year and Carol promises school workshops, public exhibitions and a play based on some of the historical figures connected to the Dockyard. The highlight will be a participatory project inviting the public to research their ancestry and learn how they contributed to the economic and social lives of Chatham Dockyard.

With tireless commitment Carol is arranging more events in Medway.  One is a monthly Reggae night at the Porters Bar, Britannia Theatre for all lovers of roots music held every 1st Friday night of the month and the other is a wedding fair scheduled later in November. Both events are already well attended which brings a smile to Carol’s face, “I enjoy seeing people enjoy themselves. There is purpose to all I do and I give thanks that God continues to give me the strength to do what I do.”