It was the 9th anniversary of Zim Achievers Awards, held at the beautiful Gloucester millennium Hotel in London.

This was a celebration of successful Zimbabweans in the diaspora from across the country who had made a mark in their fields.

The red carpet affair happened to fall on Africa day on 25th May so a lot of the celebrants wore traditional outfits to mark the day.

Some wore the traditional Zulu attire which consists of a chunky gold chocker and bright red colours.

The guest were treated to a wine and canapé reception and live Zimbabwean music using the traditional instrument the marimba. It was mesmerising.

The nominees were filled with such excited anticipation. Reaching the finals was adequate recognition of the hard work they put into arriving at the pinnacle of their careers.

The award ceremony kicked off with prayers, Zimbabwean anthems and words from past winners. There was an interval opportunity to get your dance shoes on and remember the traditional dance steps. The scene was a joyful demonstration of how Zimbabweans in the diaspora still know how to celebrate!

The ceremony was lively and those who presented the awards were notable past winners like Mr David Meanaka of Mwanaka Farm and Miss Zimbabwe, Ireland. 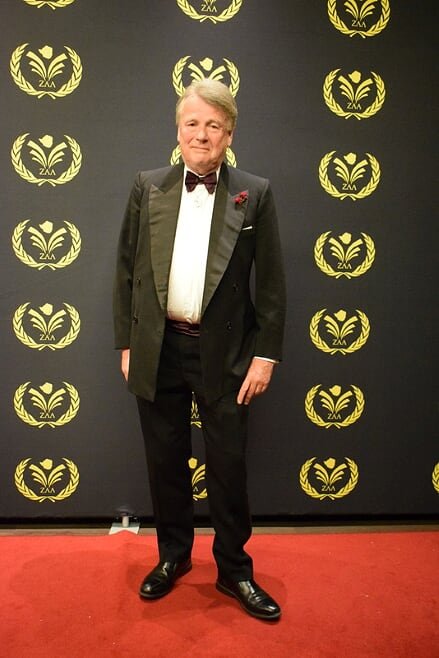 Lord Richard Heygate (pictured above) was given an Honorary Award as a Friend of Zimbabwe due to his part in endorsing Zimbabwe as an investment destination and his investments in solar power, agriculture and new business innovation.

Dr Sam Kamuriwo received the Honorary Award for Services to Academics and Leadership because of his contributions to the world of academia and business leadership.

The event finished with a live performance from Shingai the headline artist. It was a memorable night for all proud Zimbabweans.