Viewed as a pillar of the community, the Aquarius Hair and Beauty Salon (Finsbury Park, London N4) has been providing cutting edge services to local and celebrity customers from the multicultural community, particularly those of African and Caribbean heritage, for the past forty years. It prides itself on over 40 years’ of sustainability “caring for you and your hair.”

It was one of the first to offer hair & beauty services to a growing market way back in the seventies when people with Afro hair, which included some Mediterraneans and Africans, had to take care of their own grooming needs for lack of professional outlets. (Please see below for a short cut history of the Black Hair Care Industry). Today the Aquarius Salon, having survived the ups and downs of a competitive industry, remains one of the oldest establishments offering care with its usual warmth and panache served by its owners, the enduring Parry family.

Keepin’ it in the family

It’s no secret that the Salon’s longevity is attributed to the fact that the business is a family run enterprise with nearly three generations of Parry family members holding the fort, adding years of toil, dedication and flair to ensure Aquarius’ place at the forefront of the industry.

Second generation family member, Sharon who now oversees the business, remembers what it was like in the old days when she and her siblings, (sister Yvonne and brother Junior) would pop into the shop to help out over weekends.

“I was aged about ten when I first started learning about the business. We would come in and help out with small tasks like making teas and coffees and cleaning but eventually we picked up hairdressing skills from our parents and then trained professionally.”

“It was hard in the old days, there were very few salons specialising in hair care for afro hair.” Sharon continues, “The industry was in its infancy in England and so it was hard to source products, but the few established salons like Splinters, St Clair’s, Glamour land and distributors Dyke & Dryden helped each other out whenever we could.”

Among the notable pioneers were Sharon’s own parents Mr Horace and Cislin Parry who had the idea to set up the salon when Mrs Parry’s supplementary business dressing hair in the back room of their original dress shop brought in more money than the usual shop takings. The decision to launch Aquarius salon was borne and the enterprising couple never looked back.

Sadly Mr Parry, a towering figure in the community remembered for his generous spirit, firm support to community projects and black enterprises including the hit show ‘Black Heroes in the Hall of Fame’, passed away in 2001 from Prostate cancer. The family determined to maintain his legacy created a Just Giving page (details below) to raise money for education and workshops about the disease which disproportionately affects black men. Other community initiatives include providing safe havens for people in need as part of Islington Council’s Safe Haven programme, NHS led, free health checks, hosting Macmillan days , collecting for Marie Curie Cancer and continuing to support the development of young people by offering apprenticeships, many of whom stay to become staff members.

“We still maintain our parent’s values of hard work and looking after the well-being of our clients and staff”, says Sharon. The official Aquarius motto “caring for you and your hair,” created by the late Mr Parry, still holds true and is illustrated by the loyalty and standards maintained by long serving multi-cultural staff members and also clients who keep returning, reaffirming the family feel of the business.

A Drop in Centre to the Stars

British celebrities Jazzy B, Gabrielle, Jermain Jackman (voice winner 2014) and many more celebrities found favour at the Aquarius salon and patronised the establishment. Yes, the Aquarius team have styled them all from Shalimar, lead singer Lee John from Imagination and the rest of the group, Terrence Trent D’ arby, Kim Mazell, Gina Yashere, Jean Adebambo, Janet Kay, Frazier James, the list is endless. Members of staff have travelled abroad to the European continent, the USA and Asia, to style celebrities Ammen Walker, Wale, Alexander O’Neil and Wesley Snipes. They have even worked with the Godfather of Soul, the one and only James Brown. On a busy Saturday afternoon when this interview was taking place original Boney M member, Mazie Williams could be spotted among the clientele having her luscious locks attended to. The stunning results are clear to see. (See photo below).

Keeping ahead of the curve has always been a strong feature of the Parry family’s success. Eldest daughter Yvonne branched out early offering beauty treatments as soon as she realised that hair dressing was not her thing. At first the service consisted of basic manicure and pedicure but now an oasis of spa and beauty therapy treatments are included to appeal to the high pressured modern woman.

“In the old days, only African women would ask for pedicures, manicures and facials as this was offered in salons in their own countries but now beauty treatments are associated with well -being and there is a growing demand for sophisticated treatments like waxing, hair removal, massage, cosmetic treatments, spray tanning, spa treatments, electrolysis the list goes on,” says Yvonne. “It’s the young professional women leading high maintenance lives who are our biggest customers.”
Not to be outdone, there is a grooming section for men on the lower ground – The Barber unit which was first started by the late Mr Parry. It is headed by the humble Clive Simpson, brother of guitarist the late Ronny Jordan Simpson. The tradition of precise cutting is still strong and popular with the older generation along with a range of contemporary and sharp street styles offered to the fashion conscious youth. Clive and his colleagues, Echula and Mitch, promote positive moral ethics and education and discpline of the youth in the community.

With talk of 40th anniversary celebrations, the Parry family can feel proud and reflect on the many years of service and innovative craftsmanship which they have maintained and which they can pass on to yet another generation of family members and young professionals alike. As Sharon Parry remarks, “throughout the years of change, it doesn’t matter how far people go around the world, they always return to Aquarius, sometimes just to say hello. We are like an extended family.”
Diversity Business Magazine salutes the Parry family and wishes them a further happy and prosperous forty years! 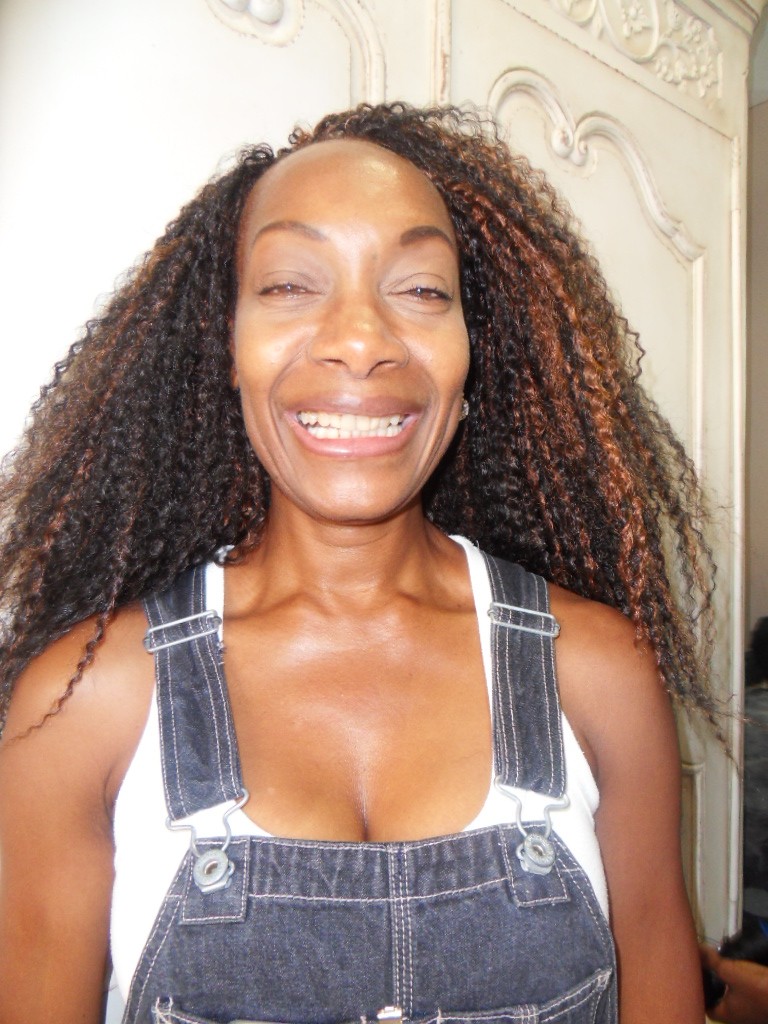 • In 2008 Black Hair Care is a billion dollar industry
• Black Women consume 80% of the hair industry but only own 3%
• Black styles worn today like dreadlocks, plaiting, twisting and weaving originated from Africa
• In Africa hair care maintenance played a significant role in defining the culture of the different ethnic groups. It could denote one’s class, status, age, marital status and wealth.
• Today much like then, women use the time to socialise and form meaningful bonds with another while taking care of their hair and grooming.

1 thought on “THE JOURNEY: 40 YEARS AND BEYOND OF AQUARIUS”