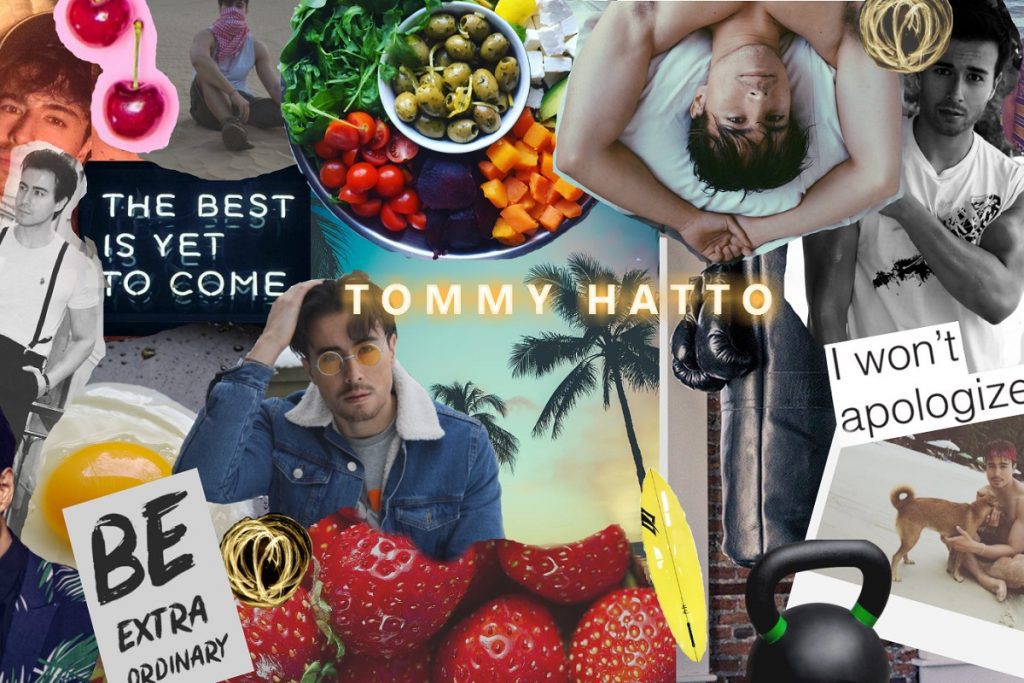 After leaving school, Tommy was thrust into the limelight by none other than Dustin Hoffman, who after a chance encounter at an event in London, encouraged him to pursue a career in acting. The journey led to Tommy , who is Thai British, starring alongside some of Hollywood’s biggest names, working alongside megastars such as Jennifer Lopez (https://www.rap-up.com/2019/03/19/cardi-b-feature-film-debut-hustlers/) , Tommy Lee Jones, Kevin Costner, Gal Gadot and Jeremy Irvine. He appeared in the movies, Thor 2 and The Last Full Measure and travelled the world to front global modelling campaigns for Rayban and GQ. In 2015, Tommy was named one of The Hollywood News’ “Top 25 to watch“.

However success came with its own set of challenges, including issues of imposter syndrome, self-esteem, eating disorders, and body image – something Tommy now uses his public platform to speak out on. The transition happened very organically as Tommy recalls:

“Being an ethnic minority and thinking about where I came from – people like me do not get these kinds of opportunities to live in Los Angeles and make it as an actor. You don’t see a lot of South-East Asian representation in film or in business. Through that experience, I gained so much knowledge about well being and being your best self, that I felt a duty to pay that knowledge forward. I’ve been so lucky to have worked and still work with some of the best personal trainers, nutritionists, life coaches and dermatologists in the world. I wanted to share that insight with people who wouldn’t have access to those services – people who deserved those opportunities just as much as everyone else.”

Tommy started sharing his personal experiences of body image issues and diversity, speaking at corporations, schools, different events. He met people wanting to share their personal stories – especially men who had gone through similar experiences in relation to body image.

Tommy now uses the knowledge gained and personal experience to transform well being strategies for organisations and individuals. He has delivered keynote speeches and workshops for FTSE 250 companies as well as SMEs and start-ups, including Mind, MQ Research, Pets at Home and ITV.

With a combined social media presence of over 100,000 followers and winning the Mental Health Blog Award for Social Media Champion in 2022, Tommy hopes to use his platforms to engage with individuals and businesses to share his story that being ‘perfect’ isn’t all it’s perceived to be.’