African Town, the brain child of Chief Uzo Owunne, Chairman of the International Non-Governmental Organization (INGO) started in July 2019 as a concept pitched at the 7th African Ambassadors and Diaspora Interactive Forum (AAIF) by Mark Higham and Yemisi Mokulo, seasoned gurus in translating ideas into reality.

What started as a mere idea has now become a reality when the team of five representing the project, were invited to the London Mayor’s office to pitch their concept to the Deputy Mayor for Business, Rajesh Agrawal. Mr Rajesh Agrawal said with excitement, “this is what London needs post Brexit! Something that will link UK with Africa! There is nothing of the sort and it’s been long overdue!”

The African Town promotion team were, on the spot, offered two locations in London. One has already been looked at but dismissed for not being suitable for an African Town. The team, consisting of  Richmond MacGrey, Chief Uzo Uwunne, Mark Higham, Antony Laurent, Mercy Francis (pictured above) are still exploring and are in conversation with the London Development Team. 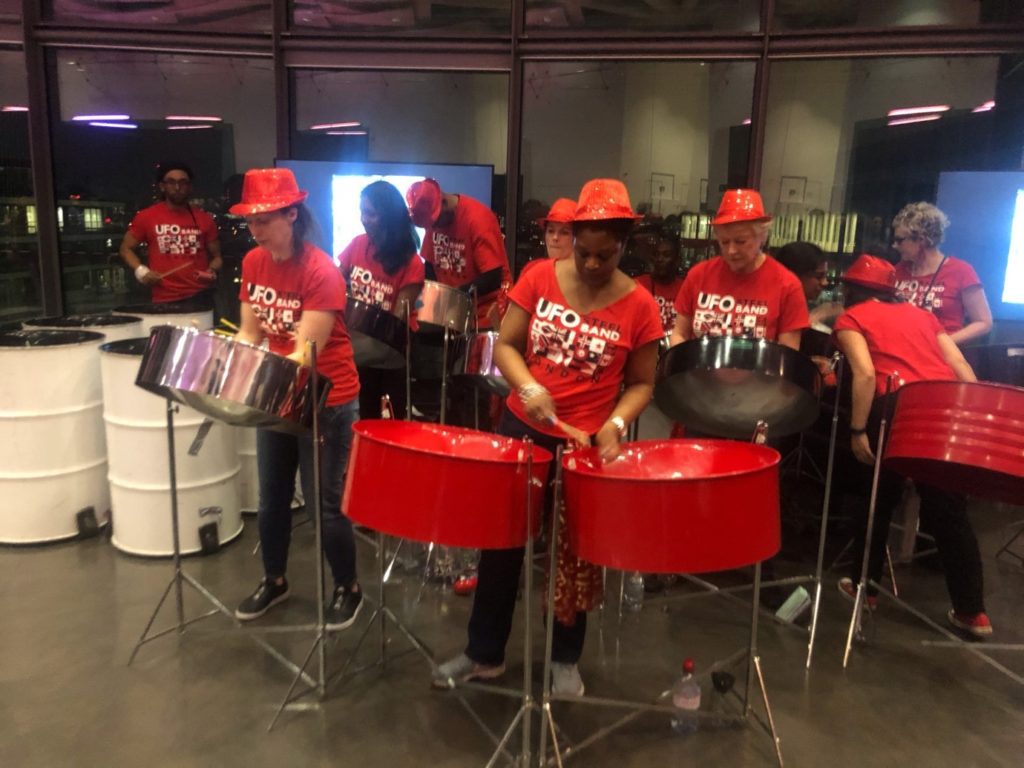 They have also become partners of the Mayor’s Initiative for London Towns and Businesses and were invited to the Mayors Ball, held at City Hall on the 17th December 2019. This was a warm reception with steel band, drinks and canapés and a great opportunity to network.

The team have been meeting with potential investors and engaging with similar projects to the African Town. One is the Enyimba Economic Town in Nigeria based in Abia State.  The team met with a representative from the Enyimba Economic City project to discuss a possible nexus with the African Town Project and share synergy. The Enyimba project is a special economic zone in Nigeria developed mainly for export. The intention is that the Enyimba project will become the preferred investment destination in Nigeria.

The African Town team took on Deputy Mayor Rajesh Agrawal’s suggestion to promote their idea at the forthcoming African Investment Summit In January 2020. This was after the realisation of Brexit on the 31st of January 2020. The British Prime Minister Boris Johnson called a gathering of African leaders to promote trade links post Brexit.

The African summit brought together 21 African leaders who met with British Prime Minister Boris Johnson. The Heads of State included President Sisi of Egypt, President Kenyatta of Kenya, President Buhari of Nigeria , President Akufo-Addo of Ghana and President Kagame of Rwanda. They were present at the Summit to discuss and sign deals worth billions. The African Investment Summit was a clear attempt at Britain wooing African countries post Brexit to widen and secure trading opportunities.

For the African Town team, the summit chimed with their vision of an African Town in London that offered direct links and supply chains from Africa to London.

‘Britain trading on a big scale with Africa, the same way it trades with Asia’, was Chief Uzu’s dream. He envisioned a place where African restaurants offer the best of African cuisine, much like China Town in the heart of London.Yet Chief Uzu’s vision is bigger.  He wants to replicate the American version of an African Town in London that is tailored to Africans living in UK. A place to showcase British African culture to visitors and residents alike.

The African Town team also connected with the team from Pumela, the South African brand at the IMO event which took place before Christmas 2019. They attended a Technology & Innovation pitching and networking event hosted by the Leader in Innovation Fellowship Programme. The Leader in Innovation Fellowship Programme (LIF) brings together emerging leaders in the global innovation community, providing access to high-quality skills training focused on commercialisation, peers networking opportunities in UK and around the world and growth experiences with immediate and long term benefits for their innovations.

The African Town Project, shared with the South Africans a masterclass on pitching headed by Mark Higham in which the best ideas won airtime at Colourful Radio in London.This has opened up a channel to work with Africa Town Project.

The African Town project seeks to engage with all levels of interested parties from businesses, educational organisations, governments and institutions wishing to bridge the gap between Africa and UK. It proposes to form partnerships with as many people and communities to help build a lasting legacy for African people living in the diaspora. The dialogue has just begun. We hope many more join the conversation.

1 thought on “An African Town in London – What London Needs Post Brexit?”