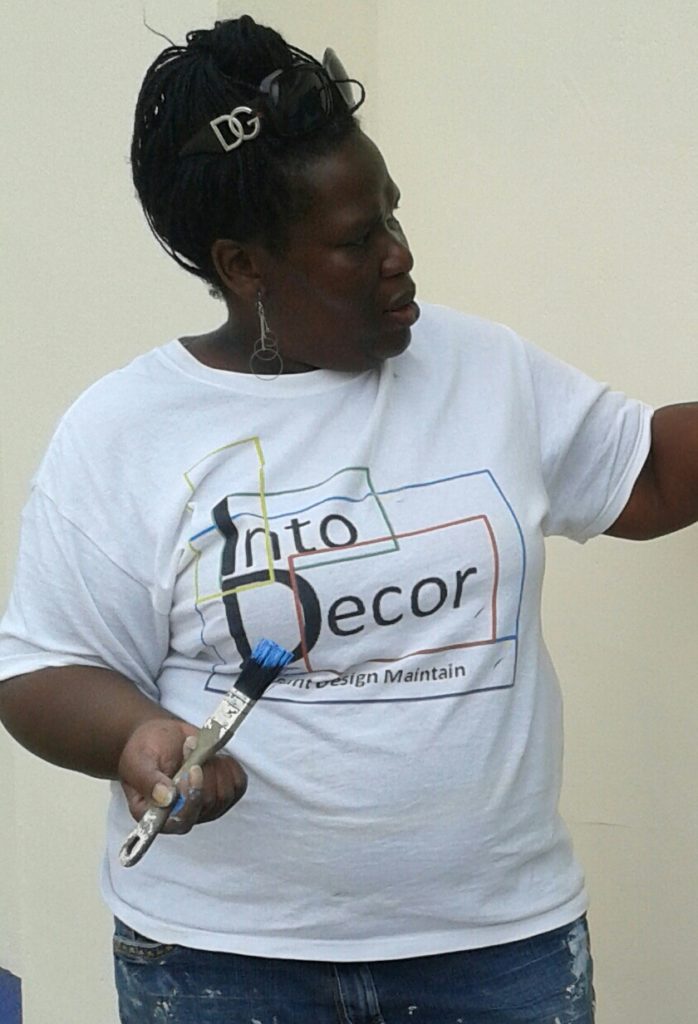 When Angela Steele started in the construction industry way back in the nineties, winning an award for Construction Excellence was certainly not on the cards. Particularly since she was a young black woman from a London inner city, with no qualifications and no concrete plans of where she wanted to take her life. But then fate intervened and directed her towards a career path she felt passionate about. Angela found her calling and ever since the first tentative days as a trainee on a construction site, Angela has never looked back.

“I received a lot of negativity from family and friends from the very beginning. Everyone told me that construction was not a job for a woman. I hated school because they wouldn’t listen and kept pushing me into a direction I didn’t want. All I wanted was to be a painter and decorator,” says Angela with the enthusiasm of someone whose just started in the business.

The first of the series of divine interventions guided Angela towards a work/skills programme for young people at her local college. It was there she met her first mentor John, who recognized her talent and pushed her to achieve higher.

“I was thrown into the deep end. I walked onto a building site filled with white men who I knew were thinking ‘what the hell is she doing here’. Others mistook me for the cleaner. I had to prove myself. It was thanks to my trainer who taught me how to paint with both hands that I survived. He guided me like an Olympic coach and at the end of the course suggested that I should study a degree programme in Retail and Interior Design.”

Of course, Angela doubted her own abilities. For a young woman with a negative experience of education the thought of further academic activities was not appealing particularly because she was now living on her own with a young son to care for.

“My mentor saw my potential and believed in me. Even though I was facing financial constraints. He enabled me to do the HND Diploma course at the London School of Printing which changed my life forever.”

Angela loved being at college and lapped up everything. “College was liberating. The journey was amazing and opened up my world to new experiences. Before I had mixed with a crowd whose ambitions were to stay at home and chill and smoke. Now I was learning about my craft and new possibilities. I was thriving and feeling in my power.”

The second in the series of lucky interventions came in the form of a job interview with the head of Lewisham College at the end of her training programme. A chance telephone call in the middle of discussions opened up an opportunity for her to teach 14– 16 year old students. These were young people who’d finished school with no qualifications and found themselves  on a youth programme much like the one Angela had done all those years ago.

“Sitting at the head’s office discussing my application, a telephone call came about a tutor who’d gone off sick. The Head looked at me and suggested I step in and take the class. I’d no teaching experience and these kids were known to be challenging.” But Angela sailed through the 3 hour trial and gained the trust and respect of not only the students but her fellow tutors and colleagues. Angela had shown she had aptitude and more importantly she was able to connect with a group of young people who’d been written off by most educational institutions.

It was not surprising then that Angela was soon offered to design and manage her own teaching programme to 16 to 19 year olds, “the Skills for Choices” course. “I changed the whole syllabus and even introduced application procedures and interviews for students, raising the bar to get the students who really wanted to be there. “

Again Angela exceeded expectations with the course performance obtaining a 97% pass rates and glowing OFSTED reports. “The difference is that I understood the young learners. I saw myself in them. Above all I listened to what they wanted for their lives. I wanted to give them a break in life I had been given by my mentors. I wanted them to feel that everything was possible given the right tools.”

Angela’s reputation grew to the point she secured a management position and became the only black member of staff on the team. But with promotion came the ugly prospect of office politics coupled with the introduction of severe cuts to her beloved programme, all of which forced Angela to think of outside opportunities that would stretch her talent and creativity.

“I was hesitant at first as I had just bought my own home. It was not until one of mentors pointed out that the College was holding me back and that there were bigger things waiting for me out there that I took up the redundancy option.”

Thus Intodecor Ltd was born. Angela’s brilliant business idea to offer work experience to female trainees wanting a go at the construction industry.  “I wanted to empower young people and show them that they can achieve and change the course of their life stories.”

Through her business opening doors to young women, Angela has been able to change lives and even change the construction industry which is shamelessly still a male enclave. Her work reached the attention of the Kent Construction Forum who persuaded her to put herself forward for one of their prestigious awards. The rules were tough and the interview process was rigorous but Angela stayed true to her mission of exploding myths about expectations of young people who came from backgrounds like hers.

“During the talk I gave about my life journey, you could hear a pin drop in the hall filled with industry professionals – that’s how engaged the audience was. Afterwards I had a queue of people lining to interact and exchange ideas. “

Angela was presented with the Highly Commended Award for Achiever of the Year at the Constructing Excellence Awards in 2016, an accolade she is extremely proud of. As she reflects on her whirlwind career Angela still has goals she wishes to pursue like writing her life story as an inspiration to others and a way to thank those, particularly the three mentors who gave her so much hope and ignited her passion.

For more information about Opportunities with Experience and Intodecor Ltd see: https://angelasteeleblog.wordpress.com/