As part of our series on exceptional Black men, it’s exciting to feature a young man whose talents and accomplishments in both the arts and legal sector are drawing him attention and accolades wherever he goes.

It’s hard not to notice Norman Busigu, a young man, who has squeezed more into his life by the age of twenty four than some people achieve in a lifetime. He has already graced the pages of top fashion magazines – for instance,  he has appeared in ELLE Magazine during London Fashion Week 2020 (see above); interned as one of four at Julian MacDonald’s London Fashion Week Show in 2018 and featured in Black Beauty Magazine and London Runway Magazine.

Norman was propelled into the modelling scene when he won top prize in the male category at the Fashion4Africa UK competition in 2018. The finals were held at China Exchange UK in front of an audience of approximately two hundred and judged by a panel inclusive of designers and runway experts.

Norman oozes confidence but as he explains, he has not always been so sure of himself. He puts his self-belief down to a teacher who guided him to take part in the arts and public speaking as a means of boosting confidence. Today Norman uses the same skills to explore his creative side and ‘channel the most confident aspect’ of himself.

He is not afraid to use his platform to speak out on causes close to him. During interviews and magazine features he has promoted ‘Afro-centrism, black excellence and diversity in the industry.’

His commitment to explore his talent, has led him to producing and presenting on TV. As we write this article, Norman puts the finishing touches to his programme, “Our World with Norman Busigu” a social commentary and discussion forum on topics like Black Lives Matter, the environment and the African brain drain. The debut episode of the show was previously aired on BEN TV on 3rd April 2020.

The seriousness of the topics selected by Norman reflect another facet to his personality. His ambition to pursue a career in law. To this end, Norman has studied at a London based Russell Group University and been offered and accepted a training contract at a global commercial law firm – which will lead to formal qualifications as a solicitor. Norman is well on his way to ‘cracking into the white collar world,’ as he describes it but remains practical about the sacrifices that such an ambition entails.

Championing diversity and inclusion within, at times, the conservative realm of law remains at the heart of Norman’s mission. He received the Miranda Brawn Diversity Leadership (Hogan Lovells Law) Scholarship in 2017, which recognises him as a future diversity leader in the legal industry.  In 2020 he became a formal ambassador for the Miranda Brawn Foundation.

“As I get older, I increasingly realise the importance of the work I am doing in this context of social mobility/diversity and inclusion, especially as someone who falls within the ‘BAME’ classification.” He reflects on how he is bringing changes “by mentoring/assisting others with ambitions of entering into the legal profession and delivering speeches on the matter.”

Furthermore, the question of Africa and how to resolve the brain drain remains high on his agenda and not just a remote idea in his head. Norman is prepared to tackle the issue by leading through his own example.

“I have a genuine passion to maintain links with Africa. I believe it’s very important that I contribute to help develop not only Uganda, but the continent by making the most of my skills and networks” He says, “ I want to be of benefit to our people – that’s where my heritage is, and feel it’s something I should do in some capacity during the course of my life.” 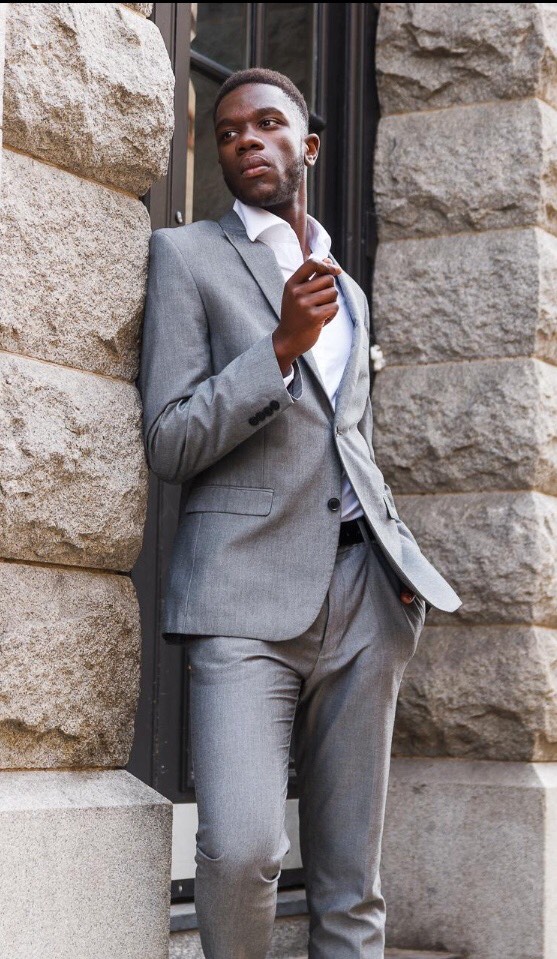 In 2015, he completed an international legal internship with the African Prisons Project in Kampala, Uganda, teaching law and public speaking to inmates on death row and the prison staff at Luzira Maximum Security Prison.

In 2016, he worked for the National Legal Aid Scheme in Accra getting valuable experience drafting legal documents and helping to facilitate mediation sessions.

It will not be long before Norman attains his goal of professional excellence and “uses the power of the arts to explore and become the best version of himself.” For those watching the journey, it will be a pleasure to witness the meteoric rise of this young leader in the making.